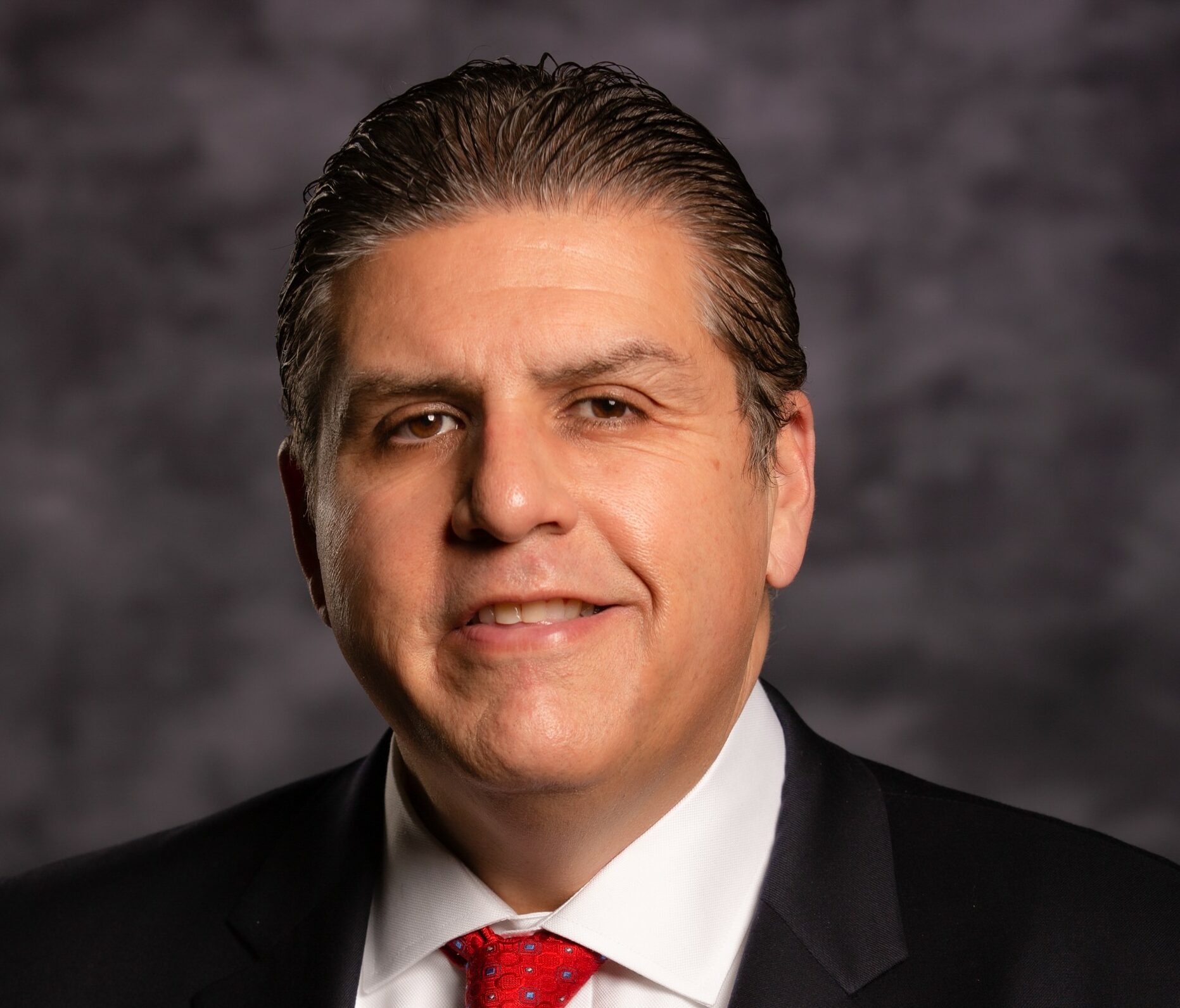 Joseph Castro is the first native Californian hired as chancellor of the Cal State University system. He’s the first sitting president of a CSU campus picked to be chancellor. And, for a massive system in which nearly 50% of the student body is Latino, he’s the first Mexican-American to hold the job.

He’s also the first chancellor to begin his tenure in the midst of a pandemic that forced a major overhaul in the way higher education is conducted.

“It was among the darkest days of the pandemic,” Castro said of Jan. 4, when he arrived for his first day to a near-empty CSU headquarters in Downtown Long Beach. “It was surreal to move here and start a new job during this time.”

Much like the rest of the 23-campus system, business was conducted virtually and only a skeleton crew reported to the office on Golden Shore Avenue.

For Castro, who is lauded for his interpersonal and relationship skills, this was a tough way to begin his tenure leading the largest public university system in the nation with a student population of close to half a million.

But Castro said in a recent interview that he’s had a lot of help, both from campus presidents and others within the CSU, and from the community at large, including Mayor Robert Garcia, who recently hosted a reception to welcome Castro to Long Beach.

Garcia said in a statement that he’s excited to welcome the new chancellor.

“We look forward to supporting his incredible leadership of one of the nation’s largest public university systems,” the mayor said.

The 54-year-old Castro is adjusting to beach life after moving from his hometown of Fresno, where he had served as president of the CSU in the San Joaquin Valley. He came with his wife Mary and 10-year-old son Jess.

He and his wife recently bought a home near Cal State Long Beach.

“Seeing the campus every day is a good reminder of why I’m doing this,” he said.

His goals, he said, include diversifying the faculty ranks and providing more assistance to students who otherwise may not be able to attend college.

Castro, the son of a single mother who worked as a beautician, was a first-generation college graduate himself, earning a bachelor’s degree in political science and a master’s degree in public policy from UC Berkeley, then a Ph.D. in higher education policy and leadership at Stanford.

Being the first chancellor of color is “very meaningful to me,” he said. “Higher education made an enormous difference in my life. … America needs more leaders from all backgrounds.”

And Castro said his tenure will include leading the CSU to a new place—change spurred by a pandemic that had an enormous impact on the way people learn, work and gather. The CSU scrapped in-person learning in March 2020, moving all classes online.

Like other learning institutions, the CSU had to immediately figure out a way to get students the technology and other assistance they needed to succeed, train faculty on virtual learning and implement procedures to prevent the virus from spreading on campuses.

Before the pandemic, about 10% of learning throughout the CSU was online; this coming fall, about 40% of classes will remain virtual, he said. By fall 2022, Castro expects “a new equilibrium” of about 30% online, 70% in-person instruction.

He also plans to continue initiatives begun before his time at the helm of CSU, including the Graduation Initiative 2025 to get more students through college in four years, and is launching new ones, such as the CSUCCESS to provide technology and other assistance to students who need the help.

Despite the dark start to the year, one of the bright spots at the start of Castro’s tenure has been the state budget. Castro said he got a text message from the governor this spring, letting him know the state was going to fully restore the CSU budget.

“I thought, ‘Did I read that right?’” he said. “That was a huge development.”

Not only did the state restore the budget thanks to a better-than-expected financial picture, but increased the CSU budget by $185 million in general funds, along with $325 million in one-time funds for infrastructure projects and deferred maintenance.

The CSU also received close to $2 billion from the federal American Rescue Plan this spring that will, in part, support more grants to students in need.

It turned out to be the best CSU budget in nearly 40 years, Castro said.

He said he intends to put the money to good use for the benefit of the CSU, known as the “people’s university,” and maintain the trust of the public and leaders in Sacramento and Washington, DC.

His immediate goal, however, is facilitating a safe return to in-person learning this fall.

“Most important is the continued focus on student success,” he said.