Suely Saro, chair of the Long Beach Citizen Police Complaint Commission, has announced her bid for the council seat representing Long Beach’s 6th District. The election is scheduled for March 3, 2020. Saro, who currently works as an adjunct faculty member at California State University, Los Angeles, has a background in labor organizing and nonprofit work, with a focus on female leadership in the Asian-American and Cambodian communities, according to a press release. She formerly served as a field representative for the Office of State Sen. Ricardo Lara, who is now the state’s insurance commissioner. Saro stated, “I’m running for City Council to bring people together, to make positive changes happen in our community, and to serve as a strong advocate inside City Hall.” Saro was born to Cambodian parents in a Thai refugee camp and now lives in the Wrigley neighborhood of Central Long Beach with her husband and two children.

Community Hospital Decision Pushed Back
According to 4th District Councilmember Daryl Supernaw, who had expected the city council to reach a decision on Community Hospital’s lease during a closed session meeting last night, the city is going back to the negotiating table with the hospital’s chosen operator, Molina, Wu, Network, LLC. He expected the item to be reviewed again in closed session on March 5.

California Home Sales Hit Lowest Level Since 2008
Last month, home sales in California fell to their lowest level since April 2008, according to the California Association of Realtors (CAR). Single-family home sales decreased 3.9% from December, and 12.6% compared to January of 2018. The number of active listings increased for the 10th consecutive month in January. In Los Angeles County, home sales decreased 14.2% in January compared to the same month in 2018. In a statement released today, CAR indicated that demand to purchase homes “remained subdued” due to “economic and market uncertainties.” 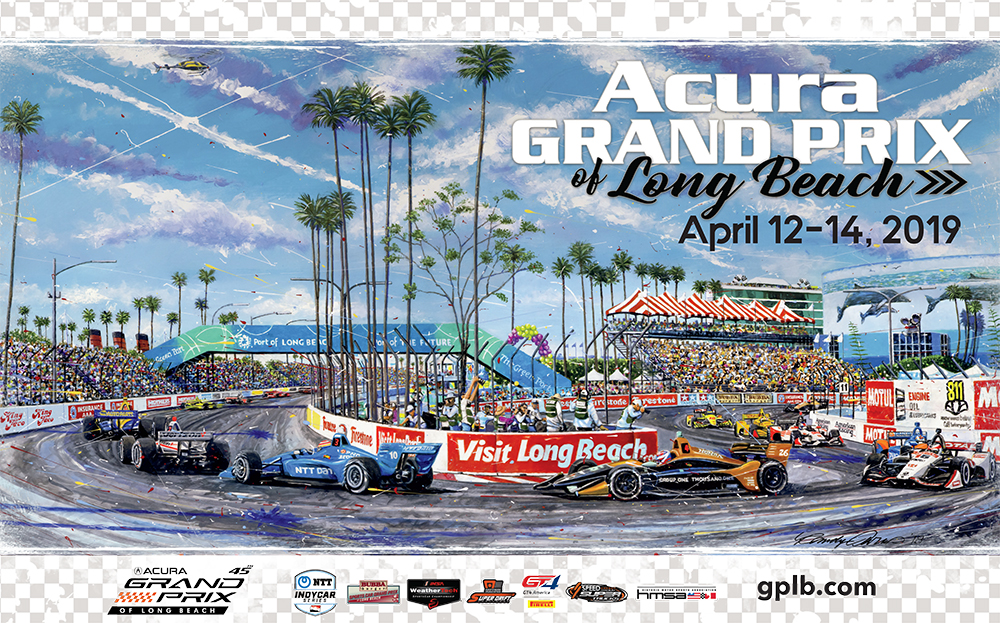 The 2019 Acura Grand Prix of Long Beach has selected Randy Owens to be its official race artist. A Grand Prix press release notes that Owens’ artwork has appeared in over 200 exhibitions around the world, as well as on previous artwork for multiple races held in Long Beach. Owens has received acclaim in racing circles for his hand printed silkscreens of vehicles in motion, and has created posters for races held in Miami, Indianapolis, Bahrain and elsewhere. The Pasadena-based artist will be available to sign autographs at this year’s Grand Prix. Official posters, and tickets to the event, are available at gplb.com.

Daniela Fowler has joined the Belmont Shore Business Association as director of marketing and events. Fowler is responsible for organizing BSBA events such as the annual Chocolate Festival, the annual Christmas Parade and Stroll & Savor. Although Fowler’s educational background is in child development and family studies, she told the Business Journal she has grown more interested in providing “family fun and entertainment for the community.”