Search
Home News Park or parking lot: What should become of a former oil dumping... 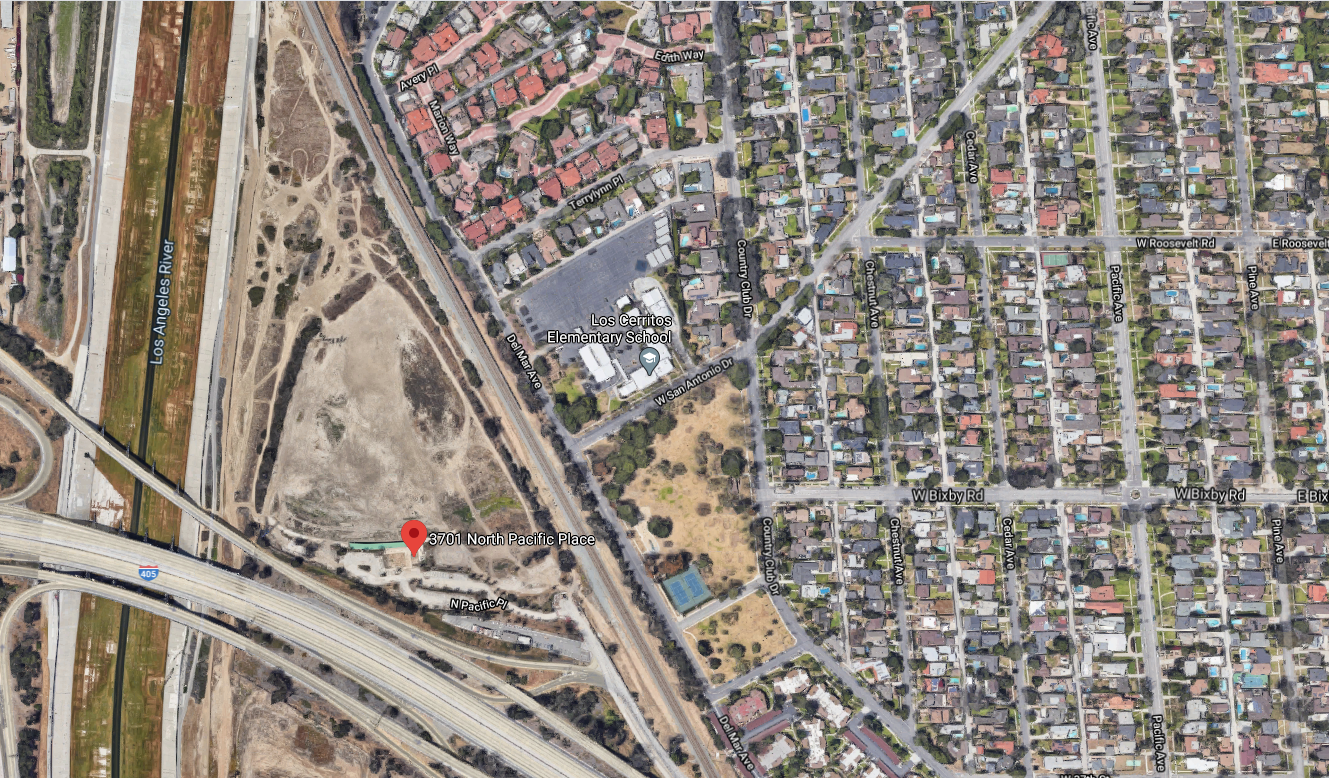 An empty plot of land adjacent to the Los Angeles River is slated to become the new location for a self-storage facility and a RV storage lot—but a group of neighborhood residents have vowed to fight the project.

The 3701 North Pacific Place Project, currently under development by the Artesia Acquisition Company, encompasses a 38 foot tall building with a footprint of 150,000 square feet. The RV lot would provide space to store up to 578 vehicles.

The parcel in question is wedged between the river to the west, the 405 Freeway to the south and Los Cerritos Park to the east. Formerly used as an oil brine water treatment facility, the property was covered in a thick oil sludge for decades, before it was partially cleaned up and covered with clean soil in the 1970s and 80s.

But local activists Juan and Carlos Ovalle say residents, especially those who grew up around the site in its previous condition, are worried about the toxic compounds that might be dredged up in the construction process.

“A lot of the people who have historical knowledge of that property, they’re really concerned about it,” Juan Ovalle said.

In order to start construction, the developer will have to submit a remediation action plan to the state’s Department of Toxic Substances Control, to show how they will prevent negative environmental impacts on the surrounding community. Once published, the action plan will undergo a 30-day public comment period before a permit can be issued.

Doused by emissions from port traffic and the adjacent freeways, the western side of Long Beach has long suffered high rates of respiratory illnesses. For the Ovalles and others, the current project once again brings into question the city’s commitment to improving the living conditions of some of its most vulnerable residents, many of them people of color.

Instead of a storage facility and an RV lot that would bring additional traffic to the area, they would like to see the property purchased by the city and turned into green space.

“Our side of Long Beach could really benefit greatly from having additional parks and open space,” Carlos Ovalle said.

Undeveloped land is becoming increasingly scarce, he noted. “If the city is able to purchase it, at least we know that it’s there for eventual development,” Carlos Ovalle said. “We just don’t want to see that opportunity slip out of our reach.”

The Ovalles and others have begun to raise funds to research options and oppose the project.

The project is currently in the middle of its public comment period, as required by the California Environmental Quality Act. Residents can submit comments on the project via email until Nov. 16.

As vaccinations progress, more industries fight to move their workers to...

Here’s what you need to know about the second round of...