Despite good signs that the economy is recovering after significant pandemic-induced job losses, one growth indicator has local economists worried: Rising housing costs.

In a quarterly forum hosted by the Long Beach Economic Partnership last week, economist and Cal State Long Beach professor Seiji Steimetz presented some startling data on the effect rising home costs are having on rent.

In just one year, rents have shot up 5% or more in most city ZIP codes, amounting to more than $100 in extra costs per month for mostly lower-wage workers. And in Long Beach, that can have a big impact on economic spending, as roughly 60% of the city’s residents are renters.

The following graph, sourced from Zillow Research and PolicyMap, shows rent increases for most ZIP codes in Long Beach. 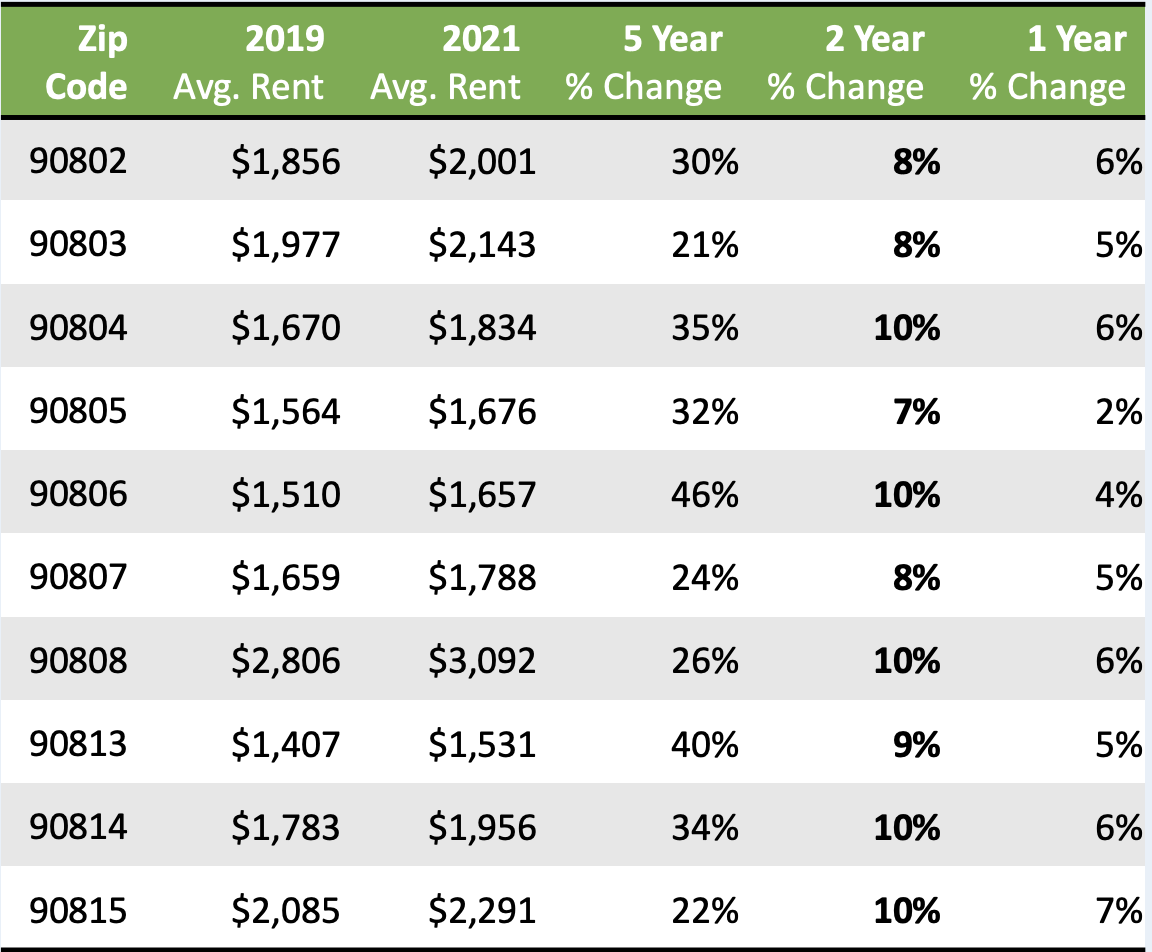 The spike in rents from five years ago is even more startling: in the 90806 ZIP code, which includes the Wrigley neighborhood, rents have shot up 46%.

This rise is being driven largely by the housing market, Steimetz said, which has been spurred by low interest rates along with high demand and limited supply.

The median house price in Long Beach is now $766,504, slightly below the median of $851,308  in the Greater Los Angeles/Orange County region. The cost of buying a home in Long Beach is on average 21% higher than it was just before the pandemic began.

The region is simply not producing enough houses for the population needs that Southern California has, said Robert Kleinhenz of CSULB, who also spoke at this week’s forum.

“We continue to have a housing affordability problem,” he said. “This poses a question, which is how are we going to maintain our competitive position in housing and labor?”

Melissa Evans is the executive editor of the Long Beach Post. Reach her at melissa@lbpost.com, @melissaevansLBP or 562-437-5814.